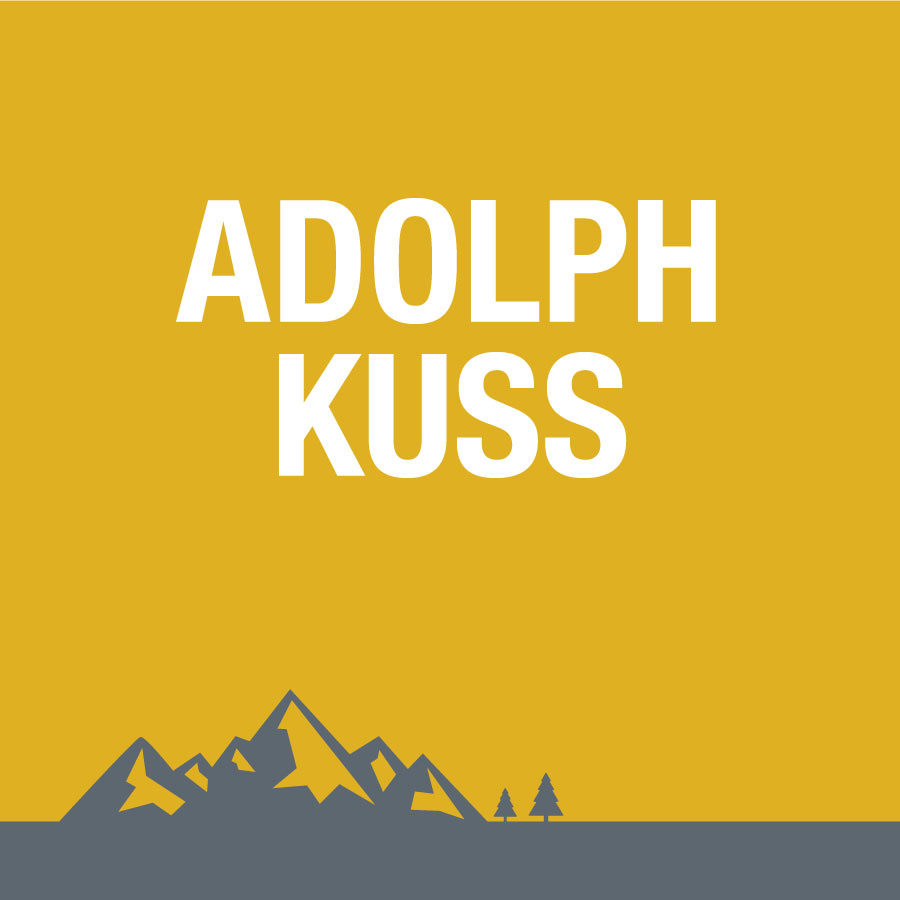 Born and raised in Leadville, Adolph Kuss is a 1948 graduate of Leadville High School. Starting at the age of five, his outstanding athletic career spans a period of seven decades.
During his youth, he was an outstanding skier, participating in the first Junior National Alpine Championship in 1948. He was a four-event competitor from 1949 through 1951 at Western State College.

He continued to excel during the 80’s, with an outstanding record of accomplishment in National and World Masters events. Kuss was active with the Rocky Mountain Division of the U.S. Ski Association as a junior alpine and Nordic coach (1949-1964). He is credited with building programs that produced outstanding skiers at the regional, national and international levels.

Kuss was the first men’s skiing coach in Fort Lewis College history (1965-1976), where several of his skiers earned NCAA championships and All-American honors while he turned the school into a national ski power. In addition, he also served as the head coach for the World University Games in 1972.

As a contributor, Kuss was instrumental in the organization, promotion & development of programs, facilities, and ski areas. He served as a committee member for the USSA, a certified official in both Alpine and Nordic events, organized and conducted numerous NCAA events including the 1975 NCAA Championships, was chairman and a member of the NCAA race committee, and developed and edited the first complete NCAA skiing rulebook.

In addition, his resume includes developing and constructing alpine and Nordic facilities in Gunnison, Crested Butte, Durango, and Mancos.

Amongst the numerous honors he has received is the highest award given by the USA RMD, the Halstead Trophy. He was also awarded the Russel Welder Trophy for outstanding contribution to junior skiing in the USA, and several Awards of Merit from the USSA. He was inducted into the Colorado Ski and Snowboard Hall of Fame in 1990 and Fort Lewis College Athletics Hall of Fame in 1995.

Adolph Kuss earned his bachelor’s and master’s degree from Western State College, and is a Fort Lewis College Professor Emeritus of Exercise Science and Sports.