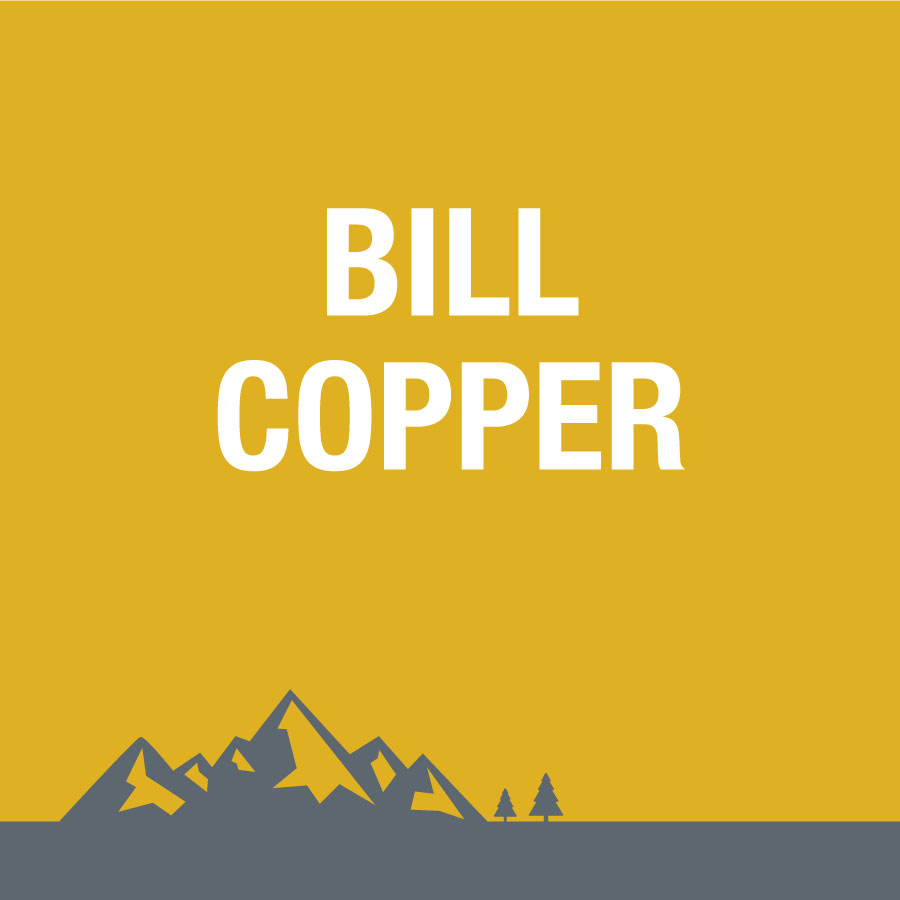 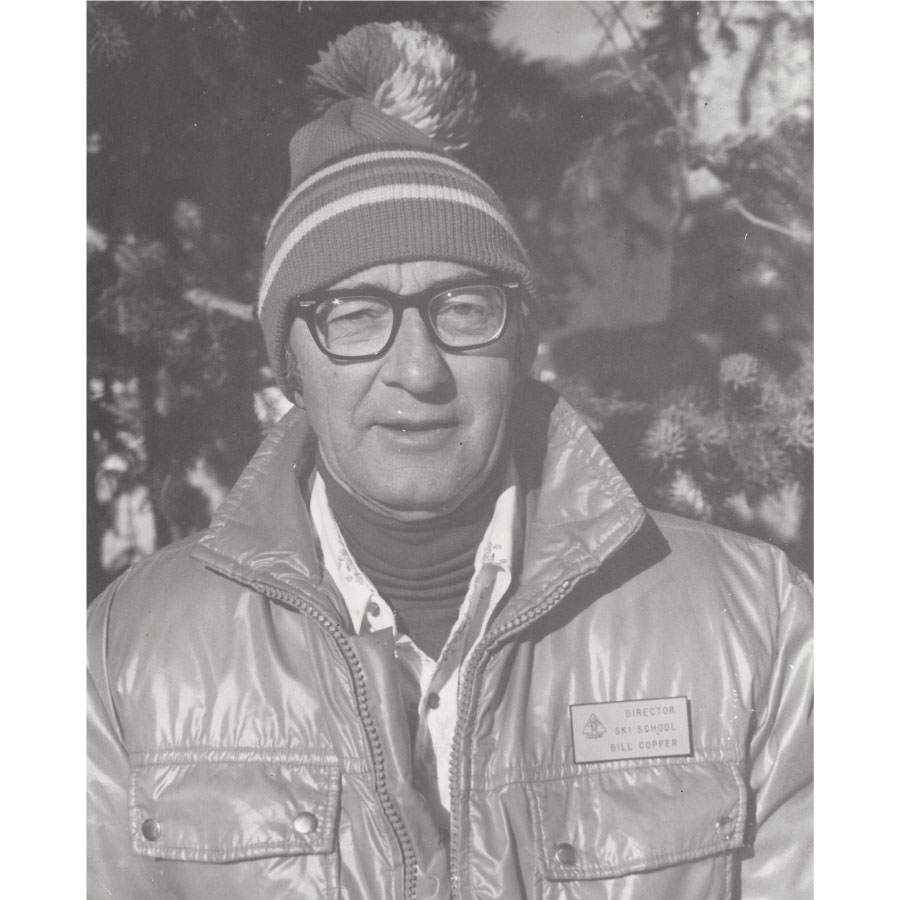 Bill Copper arrived in Leadville as a young boy during the thirties with his parents, who served as caretakers of the Carleton Tunnel on Hagerman Pass. Bill used the opportunity to sell candy bars and soda to the caravans of cars that utilized the toll tunnel. In high school Bill started making winter trips on snowshoes and skis to the Carleton Tunnel with his father, who had to replace the water measuring chart every Saturday. Starting at the cemetery –the closest spot to the tunnel in the winter— the trip would take three days. One day up, one day to complete the duties, and the third to return. The intrepid skiers wore full width skis that were strapped at the toe, pine tarred and coated in paraffin. With no sunscreen products at the time, the men would rub charcoal into their skin to avoid intense burns. Protective glasses were also hard to obtain, heavy welding goggles were the most popular option. Cementing his lifelong involvement in the ski industry was ‘snob hill,’ where Bill was employed in high school to run the 450-foot rope tow on weekends.

Upon graduation from Leadville High School in 1943 Bill Copper entered the Army Air Forces. He saved his paychecks and sent them home with the dream of starting a sporting goods store. After his discharge in 1945, he persuaded his mother to let him use a small space in the front of their used furniture store and Bill’s Sports Shop was born. As one of only three ski shops in the state of Colorado, Bill’s Sports Shop initiated an opportunity for Leadville and surrounding areas to have access to state of the art equipment for the rising sport of skiing. The era afforded Bill the ability to carry all the best brands available, with the idea that athletes competing should not be hindered by their equipment. Even though Bill’s Sport Shop was small, it gained and maintained the highest respect of ski suppliers at both national and international levels.

When the Army gave Cooper Hill to the newly formed Cooper Hill Recreation Board, they approached Bill and asked him if he would put in a ski rental and repair shop at the mountain—he agreed. In the early fifties, the Forest Service required that there be at least one certified instructor to head the ski school. The board of directors approached Bill again to see if he would become certified—he did. Bill taught countless locals and visitors alike how to ski, eventually earning recognition and years of service awards from various ski instructors associations.

The local schools wanted to start a cross country ski racing team in the sixties. However, not many cross country skis were available at the time. Bill donated some of his rental skis and they were cut down in the high school shop to make them narrower and lighter weight. Many youth benefited from Bill Copper’s graciousness of providing regular transportation to and from Cooper Hill in his original power wagon and later his panel truck. Well over a dozen Leadville skiers from the fifties through the seventies went on to ski at college and university levels, several achieving national and even international participation. Few would have reached these levels without the support of Bill.

Bill did his best to ensure that high achieving local youth had access to the performance equipment they needed to be successful. In the late sixties, legendary cross country running coach Dick Anderson required the team to purchase a new hot running shoe made by Onitsucka called the Tiger. His athletes were purchasing them from out-of-state when Bills Sports Shop started carrying them. The shoe company later changed its name to Asics and is still one of the premier running shoes in the world. The shop was still selling that brand when the store closed in 2010.

Bill’s Sports Shop hosted several fundraising events throughout the years to secure funds to help pay for youth athletics. The store offered discounts on athletic wear for student athletes, even offering charge accounts to young athletes if they promised to pay using their allowance or funds from their part-time jobs. Bill’s shops always hired local boys and girls for part time help after school, and on weekends at Cooper Hill.

Bill’s quality ski shop expanded over the years to offer the latest ski and casual clothing styles, as well as supplies for other growing sports such as backpacking, cycling, climbing, scuba, court games and school teams. When the shop closed in 2010, after 65 years of operation, a list of all 317 past employees was published in the local newspaper honoring them and thanking the customers. Leadville has had many influential citizens and business associations through the years. It would be hard, if not impossible, to find anyone who has influenced, contributed or had more of an impact on the sports development, business climate or community support than Bill Copper.

Bill Copper’s lifelong involvement in community promotion is evidenced by his involvement in the Professional Ski Instructors Association, Rocky Mountain Ski Instructors Association, Lake County Development Corporation and the Elks Lodge. His accomplishments do not end there, he was also a competitive burro racer—he was the 1951 Champion of the Pack Burro Race from Fairplay to Leadville.