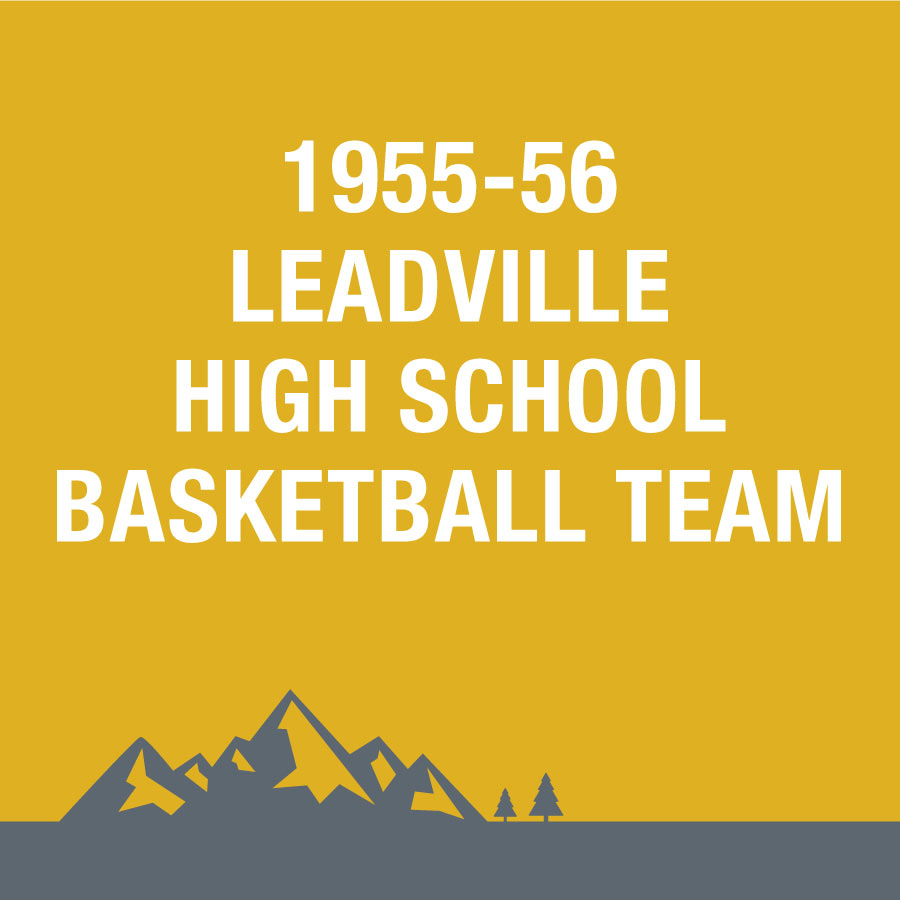 Under the expert coaching of Heiko Kuhn and assistant coach Gus Ferguson, the 1956 Leadville High School Panthers left their mark in the new Southern Peaks League by winning the crown with a 10-2 record. Outstanding in regular season play, John Cook and Alfred O’Leary received All-Conference honors.

In the District Tournament held at Adams State College, the Panthers trailed for three periods in the Championship bout with ‘favored’ Primero. However, the Panthers broke loose in the fourth period to score a 58-51 victory and nail down the District Title. Leadville players selected to the district tournament’s All-Star team were Alfred O’Leary and John Cook.

The Panthers then advanced to the State Tournament hosted at the Denver Coliseum. Led by eight returning lettermen Leadville upset the three pre-tourney favorites. In the quarter-final game Leadville hit 23 points in the home stretch to pin a 68-57 defeat on Alemeda, the Metropolitan League co-champions. Leadville then used its height advantage and a rugged zone defense to down Lamar with a convincing 59-46 victory.

In the championship bout, the superbly Panthers were able to change its tactics in the second half after excessive fouls made its original pattern unworkable. Leadville was nursing a 1-point edge in the final seconds. However, four points scored by Alfred O’Leary’s in the final 20 seconds gave Panther rooters a sigh of relief.

On March 17, 1956, the Panthers celebrated St. Patrick’s Day by with a 76-71 victory over Ft. Lupton to win the first State Championship Basketball trophy in Leadville High School History. Alfred O’Leary, Albert O’Leary, David Hinds and Ronald Neff were named to the Denver Post All-State Team. The superbly coached team’s 22-3 season remains one of the most memorable in Lake County history.