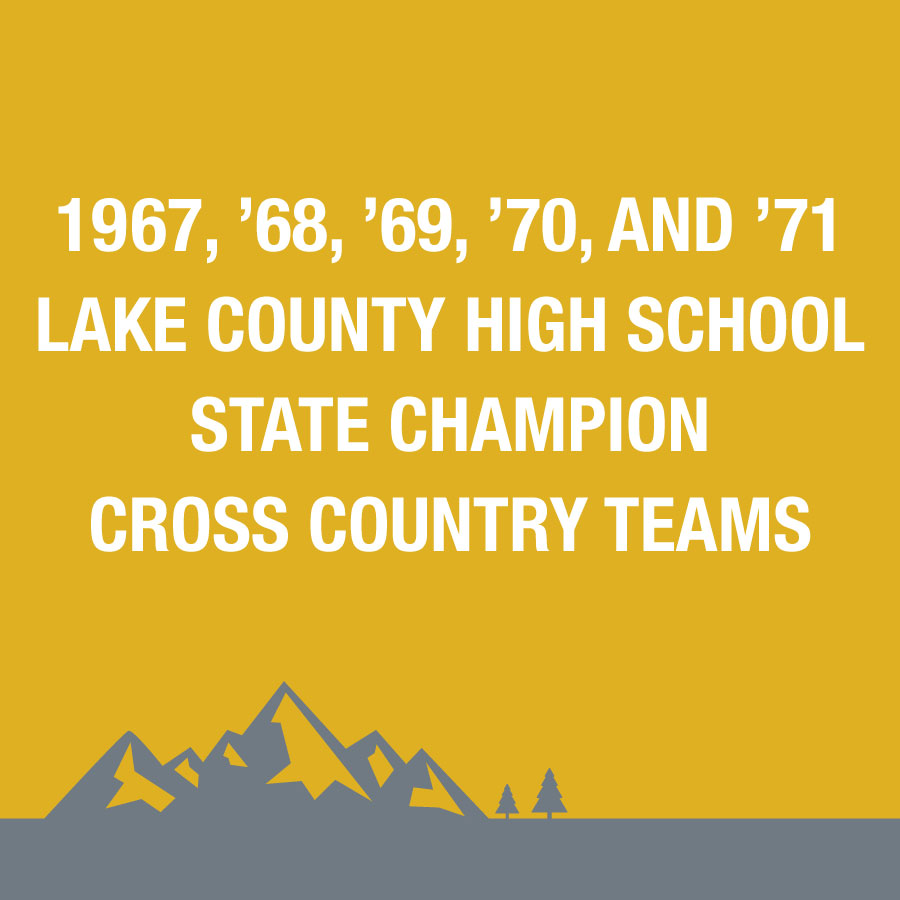 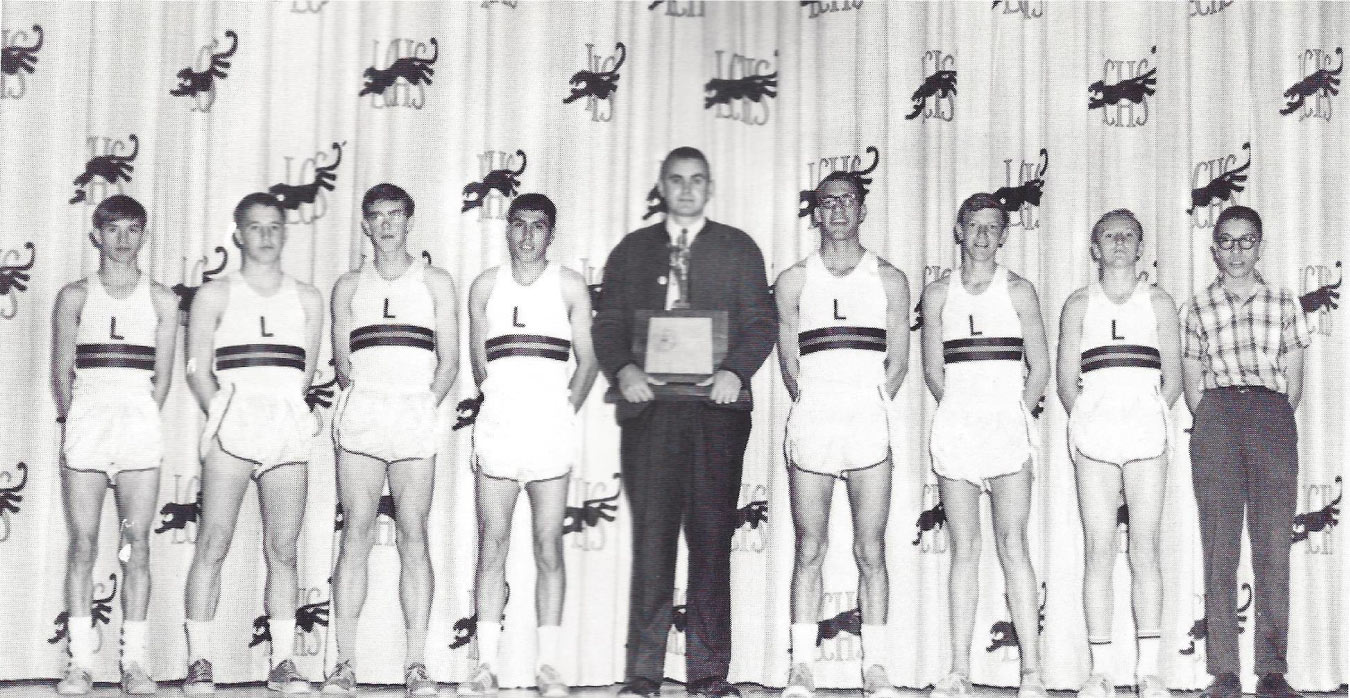 The 1967, ‘68, ‘69, ‘70, and ‘71 Lake County High School Cross Country teams served as the catalyst for one of the greatest running dynasties in Colorado history.  The 1967 team garnered the first state champion cross country title in LCHS history and 1971 marked five titles in a row—a state record. Over the next fifty years, this record has been tied but never broken.  All five teams scored in the mid to low 30’s at the Colorado state championship meet, an outstanding feat in itself.  Individual runners placed in the top ten thirteen times and included a State Champion (Sam Tafoya), a State Runner-up (Allen Long), and three bronze medalists (Dan Sams, Dan Mason, and Rob Dobson).  The five titles were won with sixteen harriers under the guidance of coach Dick Anderson –all are considered the pioneers of the legendary LCHS cross country program.